Notorious hatemonger and self-styled historian Seppo Lehto was sentenced to two years and four months imprisonment in Tampere District Court Thursday 30th of May 2008. Lehto was charged with nine counts of gross defamation, inciting ethnic hatred and inciting religious hatred. Lehto had previosly served a suspended sentence for defamation and was under probation, which means that his three month sentence will become mandatory. The total mandatory sentence will be two years and four months, which is by far the harshest sentence ever for a “Freedom of Speech crime” in Finnish legal history. The full verdict can be read in Finnish here.

Outside Finland Lehto is perhaps best known from his Youtube video, in which he draws a cartoon of muslim prophet Muhammad. The video was withdrawn from Youtube but has later been republished there as well as in other online video sites. However, in his home country he has become notorious for his numerous ‘filth blogs’ containing explicit racist insults illustrated with manipulated pornographic images and Patrioottiradio podcast radio site, which he used to hurl racist insults to politicians, civil servants and members of ethnic and religious minorities. The filth blogs are located in Blogger meaning that so far it has been very difficult for Finnish authorities to establish the perpetrator. Lehto has stubbornly denied his involvement with the blogs and continued to do so during the trial.

Blogger is owned by Google and the servers are located in the United States leaving Finnish authorities without jurisdiction. Since the content of Lehto’s filth blogs is covered by the First Amendment, the US authorities cannot force the closure of the blogs. According to my estimate (I have a list of his blogs) there are dozens of similar blogs allegedly made by Lehto and his associate who was only given a suspended sentence as a first time offender. Some of the blogs are named after people who Lehto either politically disagrees with or authorities that have come across him during his trials. These people include leading Finnish politicians like Prime Minister Matti Vanhanen and President Tarja Halonen. However, neither of them was involved with the trial as a plaintiff.

Among the plaintiffs there were three Finnish MP’s, Oras Tynkkynen (Green Party), Minna Sirnö (Leftist League) and Leena Rauhala (Leftist League). The others were police officers involved in previous investigations, a District Court judge, a local politician with immigrant backround and two District prosecutors. Each of them was awarded damages ranging from 2000 to 7500 euros.

It is important to note that there were others who had filed complaints to the police, but state prosecutor Mika Illman chose the nine people to be included in the case by himself. So it is only natural that he included his fellow legal professionals among the plaintiffs.

Lehto has been an Finland’s number one internet pest for years and it is very hard to feel sympathy for him based on the content of his numerous filth blogs. It is possible that he is the main reason behind former Minority Ombudsman Mikko Puumalainen’s jihad against racism in the internet and Mika Illman’s aggressive prosecution in cases involving the internet. Conviction of Lehto is perhaps Illman’s biggest coup to date and has provoked cheers from members of Finnish political elite. Former Foreign Minister Erkki Tuomioja expressed his satisfaction about the verdict in his website.

What has made some people, including me, suspicious, is the fact that he managed to include the charge of ethnic and religious hatred in the trial. Last time anybody was convicted of insulting religious feelings (blasphemy) in Finland was during the 1960’s. Artist Harro Koskinen’s painting Sikamessias (Pig Messiah) was considered to be blapshemous and the artist was force to pay a fine for the offence. The successful conviction of Lehto for inciting religious hatred may lead to prosecution of other bloggers publishing material deemed offensive to muslims.

As far as I know this was the first time anybody was convicted for insulting muslim religious feelings in Finland. Lehto was convicted for displaying rude images of islamic prophet Muhammad and Allah having sexual intercourse with a pig. The pictures were not created by Lehto or his associate but they had found them from another website and included them in their blog.

So far it is not yet clear if Lehto will appeal. The Appeals court will probably reduce the sentence but Lehto will find it hard to avoid doing jail time. The length of the sentence is extensive by Finnish standards. Normally, similar sentences are issued for aggravated rape or manslaughter and the maximum penalty given for murder is twelve years.

Some updates and clarifications

The length of the sentence can be explained by the fact that Lehto is a repeat offender and he was convicted of several offences. He was under probation and his suspended sentence of three months will be added to the two years and four months sentence received at the trial making the total jail time two years and seven months.

For inciting religious hatred (or disturbing religious worship may be a better translation) the maximum penalty is six months. For the other two crimes (inciting ethnic hatred and 9 counts of gross defamation) the maximum penalty is two years. I am not a legal expert but I know that according to Finnish law the sentences are not served up one after the other like in the US. Somebody more knowledgeable with Finnish law than me may correct if I'm wrong.

Most priceless quote via (In Finnish)

Police commissioner from Keskusrikospoliisi (Central Criminal Police) Timo Laine stated: "The writings should be punishable by law in both countries for us to be able to request assistance. In the United States this kind of writings could be regarded as exercise of free speech."

Laine was commenting the reason why Seppo Lehto's blogs could not be removed from Blogger. State prosecutor Mika Illman said that the plaintiffs should request 'the operator' (meaning Google) to remove the defamatory blogs (Helsingin Sanomat).

However, it is fair to say that Lehto's blog posts are defamatory and I don't blame some of the plaintiffs if they want the filth blogs concerning them removed. This is a small country and not all of the plaintiffs are well known to the Finnish public.

As far as I know none of Lehto's filth blogs (that he denies being author of) have so far been removed from the internet. The verdict is not yet legally valid pending Lehto's appeal.

I only provided a single link to a blog containing a picture offensive to muslims. The actual picture I mentioned in the text can be found here (scroll down to see the picture). The blog was mentioned in the verdict but the target of the blog, former Minister of Culture Tanja Karpela, was not among the plaintiffs.
Lähettänyt Vasarahammer klo 20:42 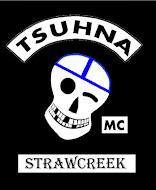